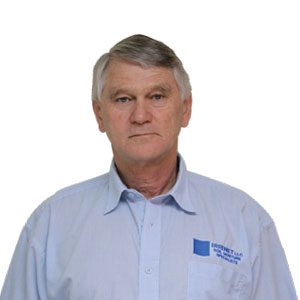 Jacob LeRoux, Owner
Over the last decade or so, technological advancements have drastically changed the agriculture landscape and given growers the ability to optimize production in limited square footage. Powered by a raft of demographic, social, and economic developments, today technology acts as the impetus for increasing yield and addressing the challenges in this landscape. However, above all, saving water has been one of the top priorities amongst growers— with increasing drought conditions across the world. To this end, many farmers manage irrigation by scheduling a proper timeframe. But often, irregular scheduling leads to overwatering and irrigating less reduces yield and affects the quality of crops. Highlighting the ubiquitous issues of irrigation, Jacob leRoux, owner of Irrinet, mentions that growers mainly face problems to water their crop appropriately and comprehend its needs in real-time. Headquartered in Fall City WA, near Seattle, Irrinet brings forth state-of-the-art Irrigation Water Management (IWM) and Scientific Irrigation Scheduling (SIS) to aid farmers in optimizing irrigation and yield.

The firm renders an SIS software—Probe Schedule—that enables its clients to calibrate all probe data internally to the same standard of normalized field capacity. This assists growers to load data from any sensors along with giving comprehensive valve control based on soil moisture status and weather data. “We take data from sensors placed in the field and turn that into actionable insights for growers,” he adds. With Probe Schedule, farmers can track soil moisture status and calculate irrigation schedules by incorporating real-time weather data and forecasts, spray condition forecasts, classify soils, crop-specific information, soil moisture probes, flow meter data, and other irrigation data. Probe Schedule also aids growers in creating Variable Speed Irrigation (VSI) prescriptions from soil maps and uploads it directly to the pivot control system. It also automates valve control and subsequently creates intelligent irrigation schedules along with setting alarms in sensor values, such as temperature, flow, soil moisture, battery, and signal strength.

However, before scheduling, the firm conducts meetings where their consultants meet with growers to know their unique needs with regards to the type of crops, irrigation systems, soils, while also examining the current water management systems in place.

Subsequently, consultants select the sites where they can install soil moisture probes, along with evaluating its soil texture and moisture. From the field, data is transmitted to the system via radio, cell modem, or satellite telemetry. Additionally, if a neutron moisture probe is deployed, the data can be uploaded to the Probe Schedule software; making it available online. Along with this, consultants also work with growers to comprehend the information and correctly interpret it to maximize management decisions and optimize irrigation. The firm also enables its clients to consolidate multiple vendors in a single platform—bringing everything on the same wavelength to optimize productivity.

Having implemented a customer-centric approach since its inception, the firm ensures that it aids its clients during the entire irrigation process; starting from deployment to calibrating the soil. LeRoux cites an example to give a comprehensive picture of the firm’s capabilities; where a client invested a quarter of a million dollars to buy hardware from a vendor. However, to garner optimum value from their investment, the client approached Irrinet and attained staggering results. Without making any amendments to their field operation, Irrinet replaced their existing platform with Probe Schedule and had them up and running within a week.

Going ahead, the firm intends to diversify its presence across the globe through collaborating with other peers in the market. “We envision being a market leader in irrigation, water management procedure, and agriculture,” concludes LeRoux. 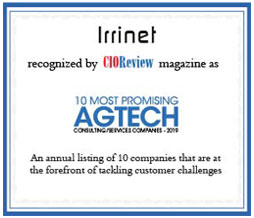 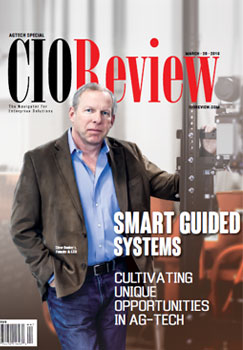