Solinftec: Empowering Farmers to Do More with Less

Solinftec: Empowering Farmers to Do More with Less 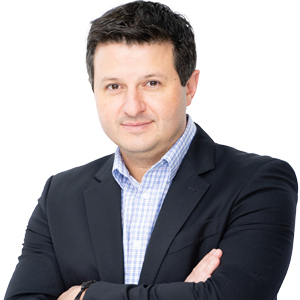 Daniel Padrão, COO
“You will struggle to succeed in the U.S. market as it is vastly different from Brazil,” were one of many cautionary tales that Solinftec’s core team received a few years ago—when the digital agriculture solution provider set its sights on the North American agriculture sector.

At the time, Solinftec’s reputation in Latin America was set in stone. Solinftec’sIoT-based solutions—that integrate and digitize all aspects of farming operations—were already prevalent in more than 16 million acres, and its equipment was monitored in real-time by over 100,000 daily users, including farmers and ag retailers. Through its soil sensors, on-board computers, telemetry networks, weather stations, proprietary algorithms, and real-time actionable insights, Solinftec had elevated Brazil’s agriculture industry to new heights, positively impacting the agronomic and operational efficiencies of farmers across the country. While renowned agriculture/biochemical giants such as Raízen, Tereos, Cofco, and British Petroleum utilized Solinftec’s solutions to augment the growth of their sugarcane crops, the likes of Amaggi and BomFuturo e Terra Santa did the same to improve the productivity of their row crops.

Midway through the last decade, Solinftec was so ubiquitous in Brazil that its portfolio included eight of the ten largest companies in the sugar and ethanol sector and three of the five largest producers of grains and fibers. Fast forward to 2020, and 72 percent of all sugarcane production in Brazil is directly influenced by Solinftec’s digital agriculture solutions, and five of the six largest producers of row crops (soybean, cotton, corn) are reliant on Solinftec’s technologies.

So, the question looms: did Solinftec successfully penetrate the North American market?

Turns out, it did, and Solinftec is just scratching the surface of all that it can accomplish within the vast U.S. agriculture sector.

Over the next few years, Solinftec will invest more than $50Mn to further solidify operations at its U.S. headquarters near Purdue University—to bring high-tech solutions to American farmers. The decision to set shop in the state of Indiana was purel strategic. Indiana, one of the country’s biggest producer of corn, soybeans, and processing tomatoes, is also the leading hub for agbiosciences—a sector that contributes $16Bn to the state’s annual gross domestic product.

By March 2019, Solinftec was already firing on all cylinders, entering a commercial and technology partnership with AGCO, a leading American agricultural equipment manufacturer. Through the engagement, Solinftec will roll out new solutions for the 2020 crop cycle for soybean and corn growers across the country.

In less than 24 months, Solinftec has established operations in Florida, California, and Indiana, and plans to create more than 300 jobs at its West Lafayette office by 2022. “Through our success in North America, we have proven that our mindset toward digital agriculture is truly effective. We approach a farmer, ask them their needs, implement our technology, and harness the knowledge we have acquired over 12 years. This strategy always works, regardless of the country or market,” says Daniel Padrão, the COO of Solinftec, before crediting U.S. Sugar, Growmark, MKC, Tom Farms, and other US-based clients for sharing inside knowledge of the local agriculture landscape.

Not Focused on One Process

At the core of Solinftec’s solutions is the sole objective to allow farmers to do more with less, reducing the number of machines, fuels, chemicals, and fertilizers—all while guiding them to a productive and efficient outcome. “Farmers and ag retailers make thousands of decisions on a daily basis. By connecting people, machines, weather data, sensors, and other parts of farming operations, we give farmers a verifiable record of their harvest and traceability—from the farm to the truck to the mill, without any human input,” adds Padrão.

Furthermore, Solinftec does not focus on a few aspects of farming, as is the norm among agtech companies. As noted by Padrão, Solinftec examines the entire process and discovers bottlenecks before working toward improving the efficiency of the operation. For example, Solinftec’s solutions leverage A.I. to alert farmers on “the best window of opportunity” on a particular day to execute the task of spraying. Since spraying in wrong weather conditions could lead to loss of chemicals and poor crop quality, farmers need guidance on precise time to spray, apt chemical to use, and regions requiring more/less spraying. n a nutshell, Solinftec’s real-time solutions aid farmers to contribute to the environment by using fewer chemicals and help ag retailers save significant time and reduce costs.

We will continue to collaborate with researchers, farmers, ag retailers, universities, and technology partners to build effective agriculture ecosystems

So, how exactly do farmers access invaluable information such as optimal time to spray?

One can credit Alice, Solinftec’s first virtual assistance technology, that entails the installation of a small box in agricultural equipment and sensors in the field under a user-friendly platform. “Alice is in charge of everything, from interacting with farmers or ag retailers to delivering unique ideas and insights, to devising real-time strategies for the ongoing season, and analyzing data and making recommendations for the next crop cycle,” explains Padrão. 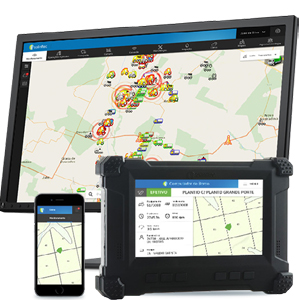 It is critical to highlight that Solinftec does not believe in the reactionary approach “of providing farmers with colorful maps and reports at the end of a farming season.” Instead, Solinftec’s real-time strategy enables clients to spot trends ahead of time and amend their processes. Also, Solinftec understands that each farming season is unique—due to weather and seasonal factors—and premeditated strategies rarely work.

Along the same lines, Solinftec allows farmers to “measure the value” of its solutions and does not implement a full-fledged strategy until back-and-forth interactions with concerned parties. Padrão believes the agtech solutions in the market “are too complicated” and force farmers to adopt strategies without testing them in real-time or measuring outcomes. Add to that, most farmers are skeptical about adopting technologies and modifying trusted practices. This is why Solinftec goes the extra mile to prove the value of its solutions. Padrão highlights that once Solinftec demonstrates value, farmers do not hesitate to adopt technologies.

Post implementation, Solinftec continues to support its clients and stays in close proximity to them. The strategy worked in Brazil, where Solinftec set up operations near the heart of the sugarcane plantations, and Solinftec is replicating the same in Indiana by staying close to farmers, researchers, and students. Solinftec views the hands-on approach as a learning curve. “By collaborating with them, we shore up our knowledge and identify what technologies work in specific scenarios. We are learning every day,” adds Padrão.

Steering ahead, Solinftec will continue to acquire knowledge and solve pressing issues for farmers across the world. As of this writing, its solutions cover more than 20 million acres of land for active clients, and Solinftec is razor-focused on expanding its operations in Indiana, and other parts of the U.S. One of its immediate goals is serving twice the number of Indiana-bound farmers ahead of the 2021 farming season and persist on its path of building strong ties with prominent ag retailers and farming companies in the country.

If its history is any indicator, Solinftec is built to thrive at the bigger stage. After all, seven Cuban scientists initially arrived in Brazil to work on a government project on behalf of their home country. However, they quickly segued from the mills to agriculture after identifying opportunities to enhance the efficiencies of sugarcane plantations in Brazil. Solinftec takes pride in its background and believes its past experiences are ingrained in its DNA.

Padrão concludes, “Through our solutions, farmers are experiencing at least a 20 percent increase in efficiency. We will continue to collaborate with researchers, farmers, ag retailers, universities, and technology partners to build effective agriculture ecosystems.” 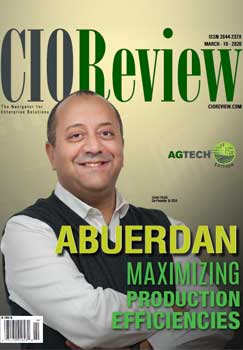